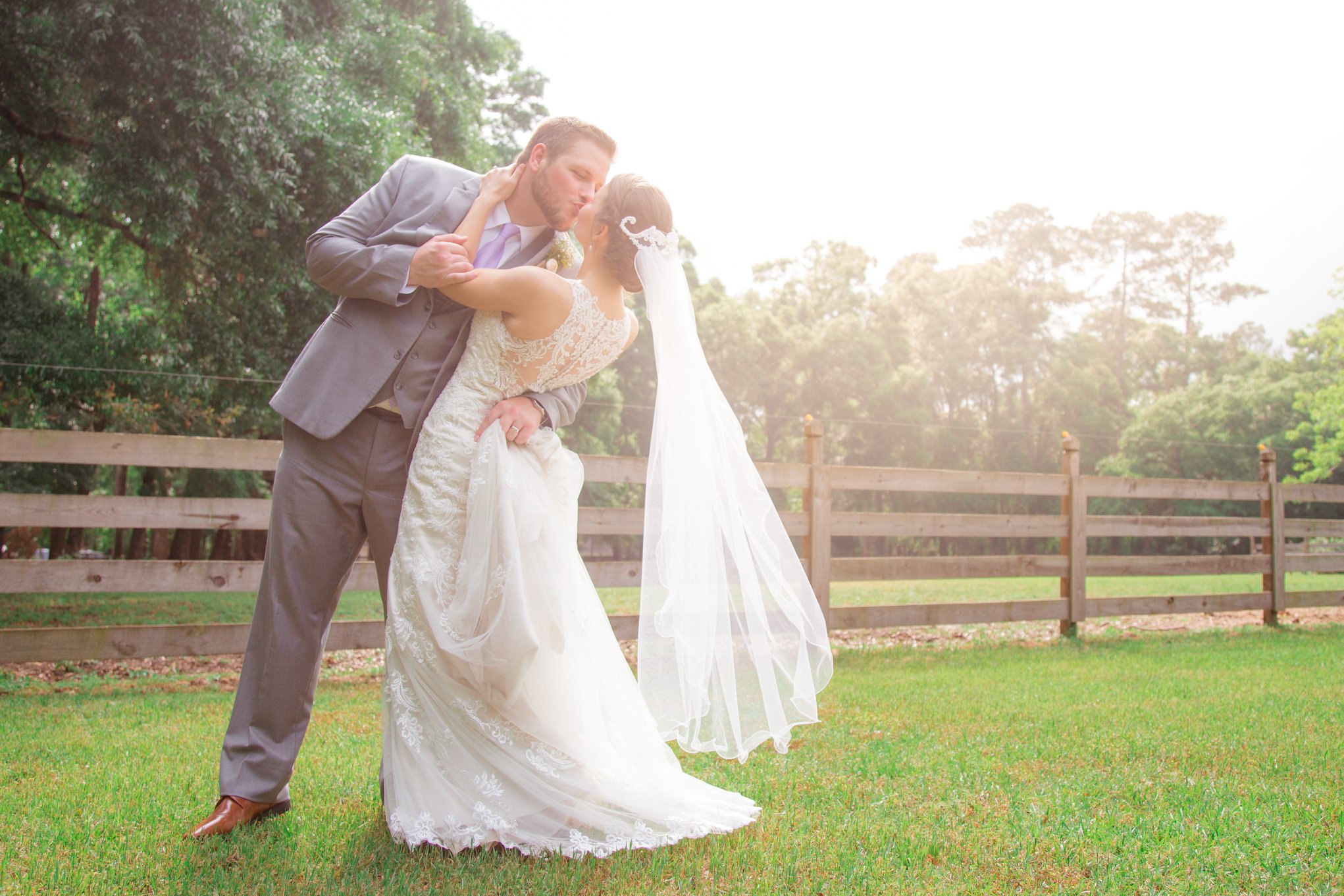 Jordann and Tyler met at a Verizon store in their hometown of Crestview.  Jordann being less than tech-savvy, every few months would be in the store asking for help. “This went on for several years and Tyler became my go-to tech guy. After I moved away to college and started law school, I kept going back to Tyler for help with my cell phone.” 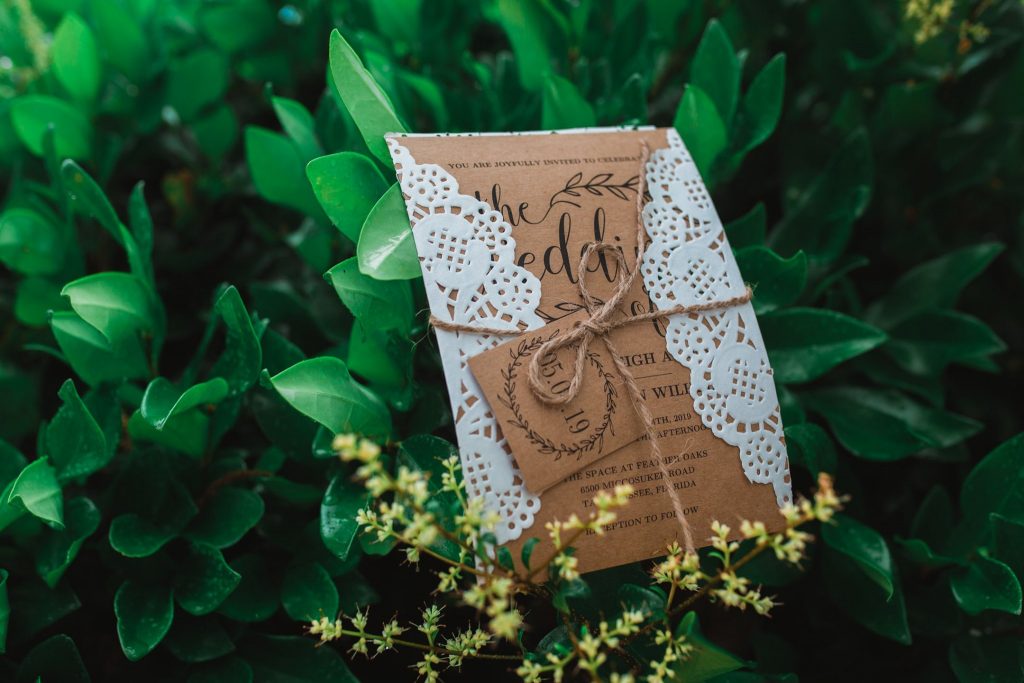 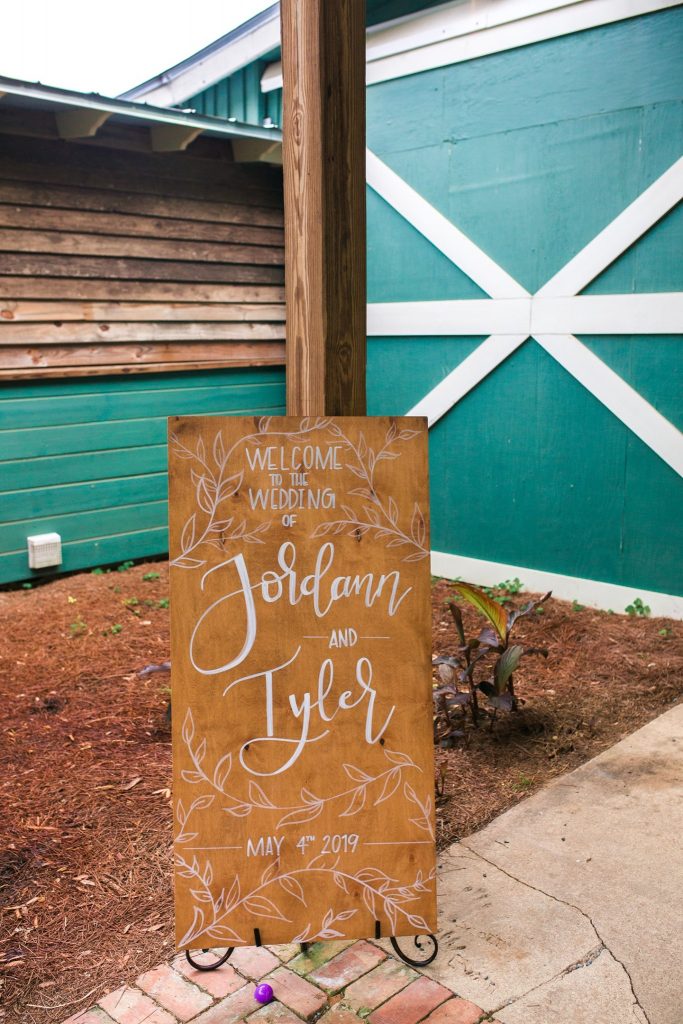 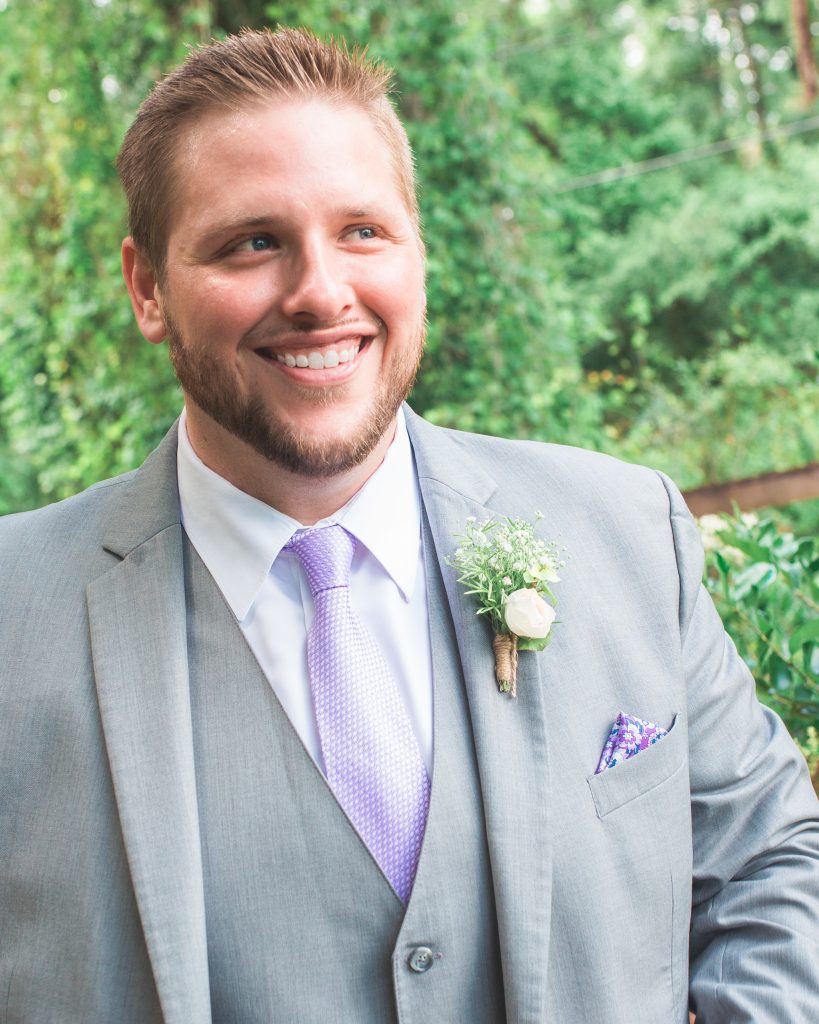 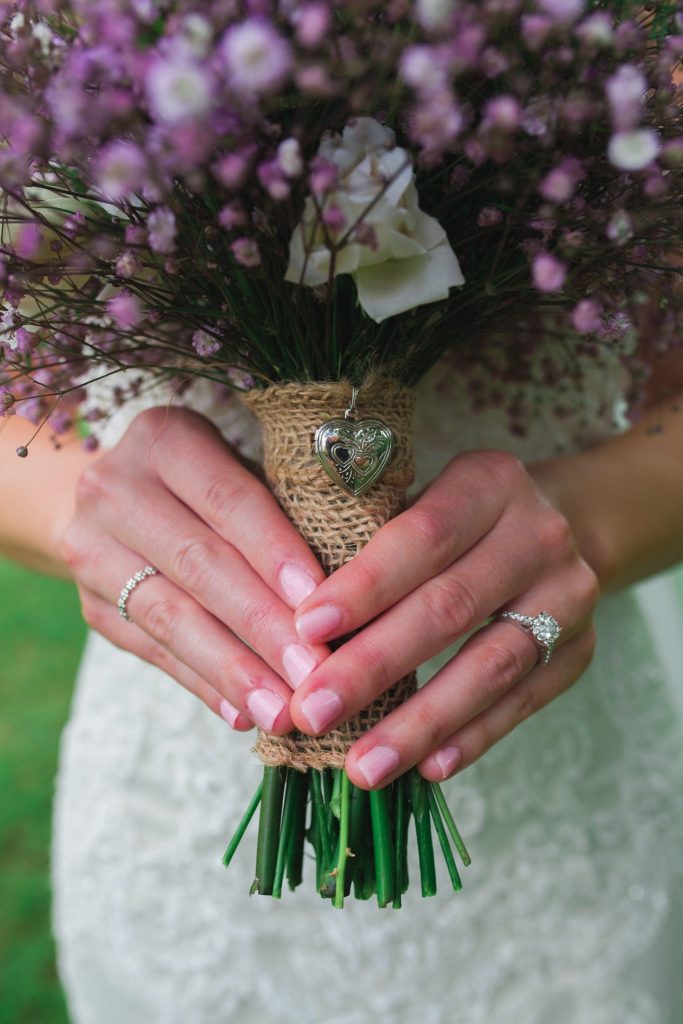 As normal, Jordann went to see Tyler to get a new cell phone in the summer of 2016. While Tyler was transferring all her information to the new phone they began to talk, and by the time Jordann got home, she had a text her asking if they could go to dinner. The pair only got to spend a little time together over the summer due to Jordann’s class schedule. “He was convinced I was lying about having class over the summer and that I just wasn’t interested.” Months went by where they didn’t talk, but once summer classes were over, Jordann headed back to Crestview. Finally, they had the opportunity to spend time together. 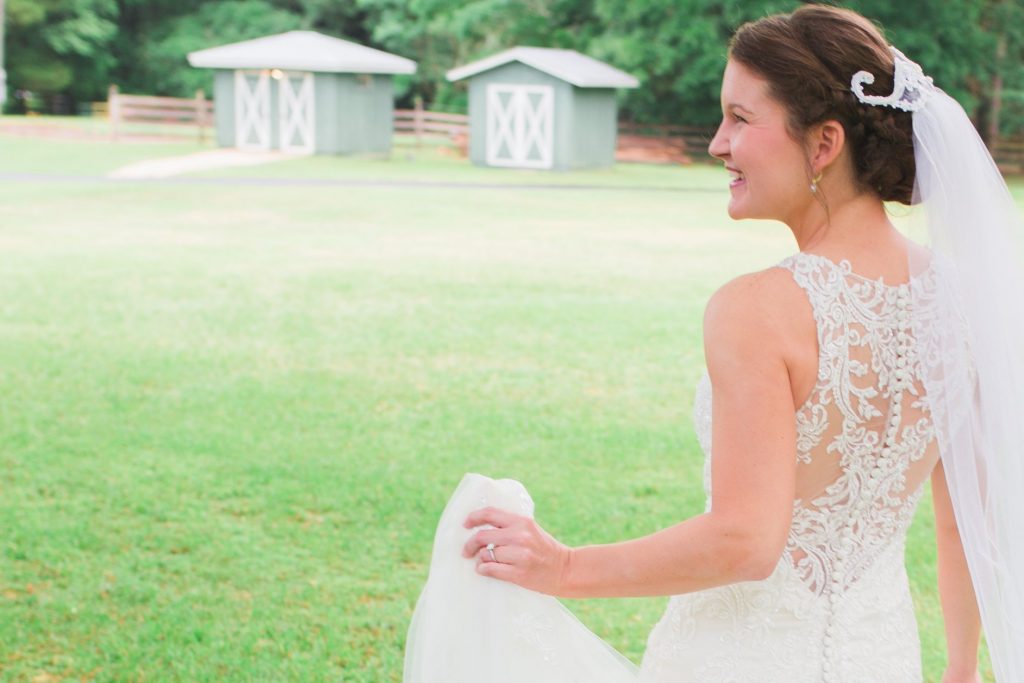 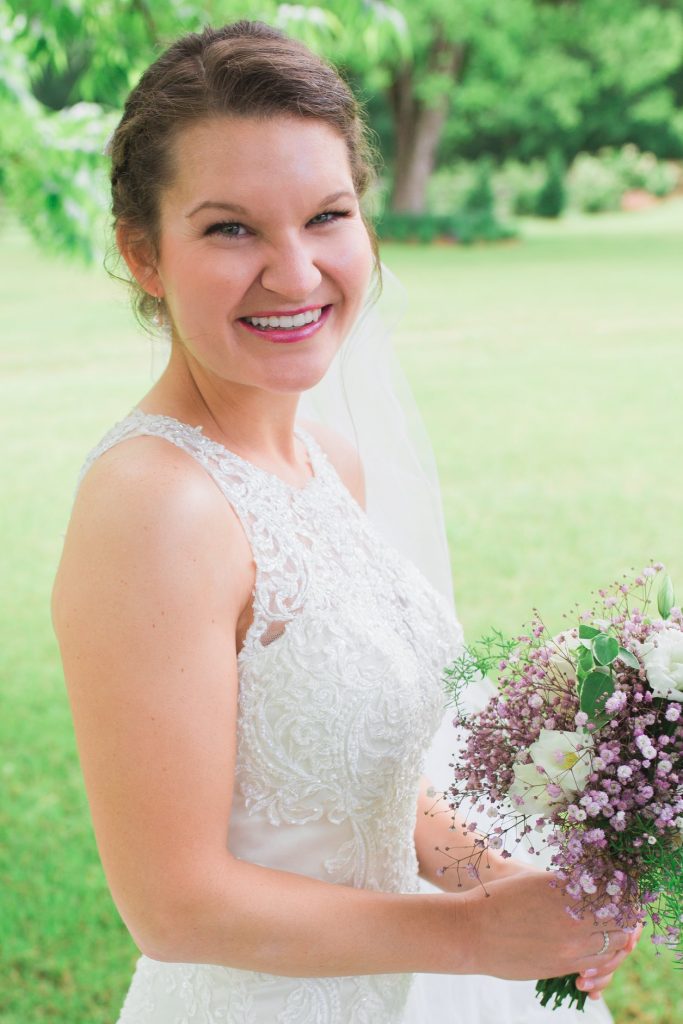 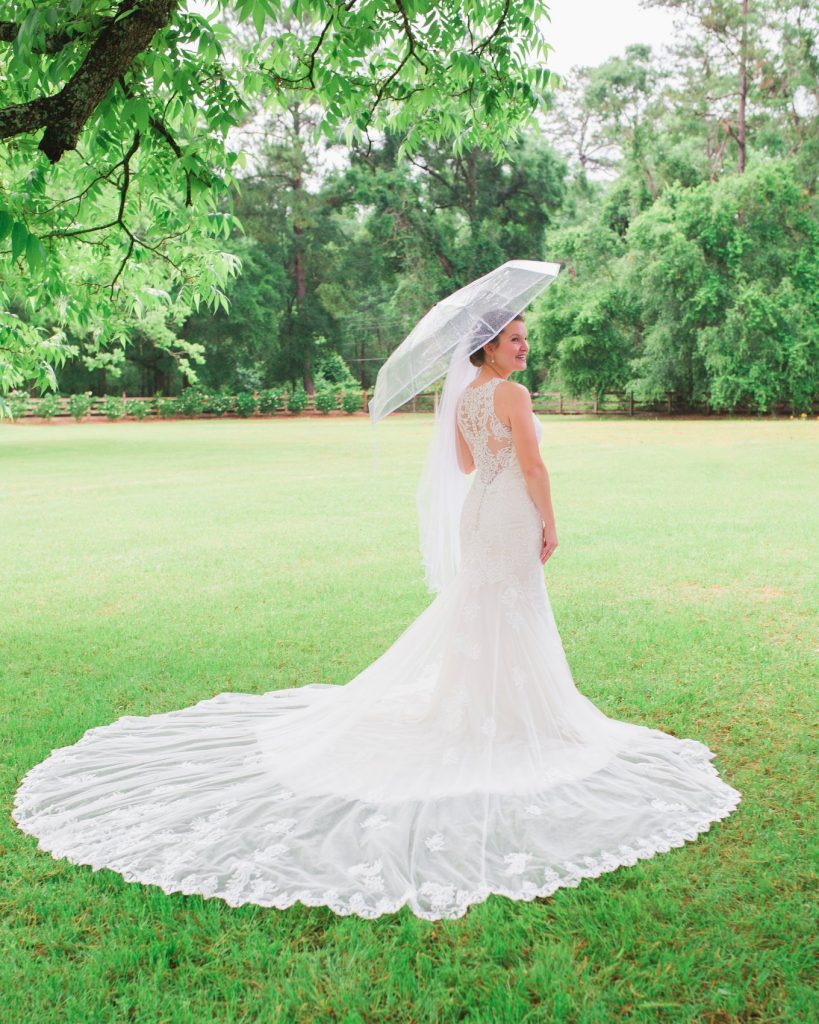 After another year of uncertainty and a hurricane bringing them back together, the two fell in love and Tyler moved to Tallahassee to be with Jordann. “Shortly after, we went on a short, 4-day cruise to the Bahamas to celebrate that we had survived me finishing school and starting my new job and that Tyler was finally settled as well. I had a sneaking suspicion that he was going to propose on the cruise because we had started looking at engagement rings several months prior, and Tyler is terrible at keeping secrets! So he had slipped a couple of times and said he was “saving money for a large purchase.”” 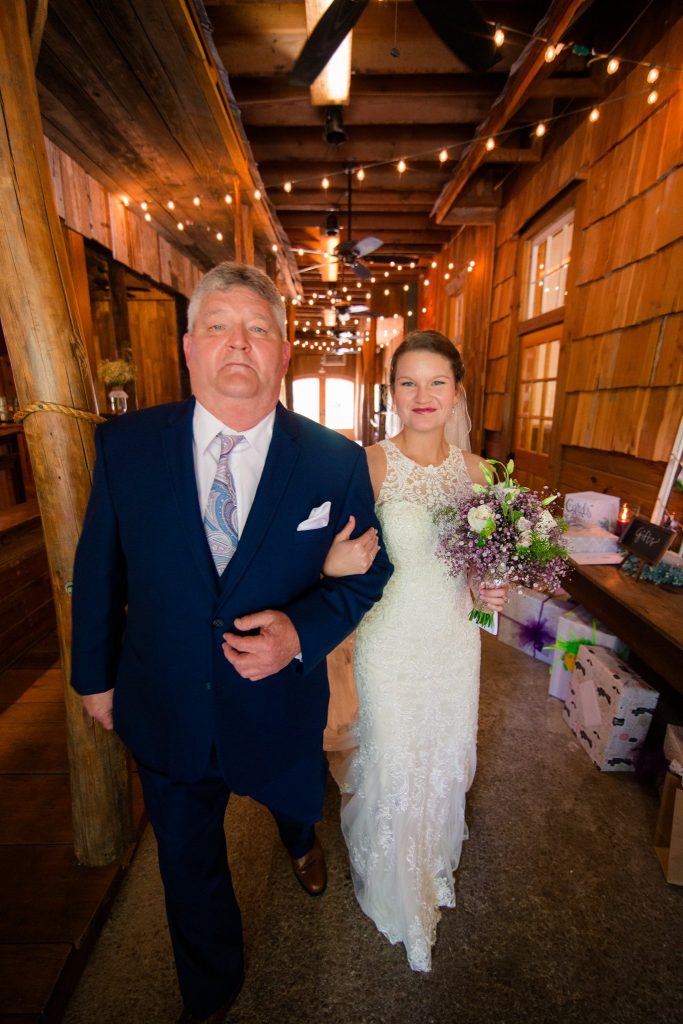 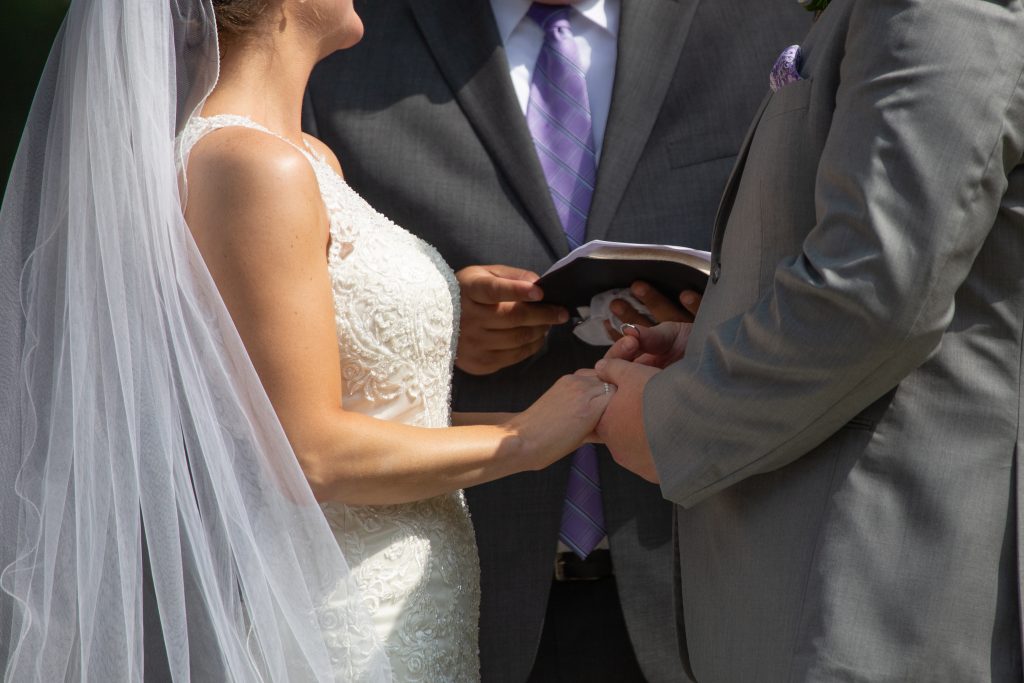 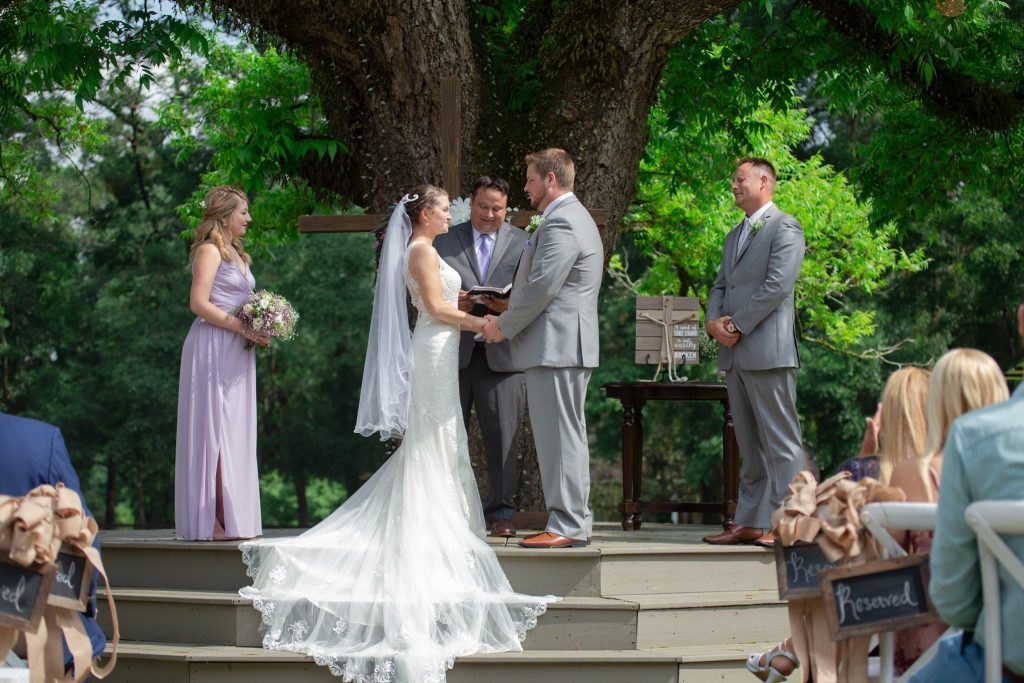 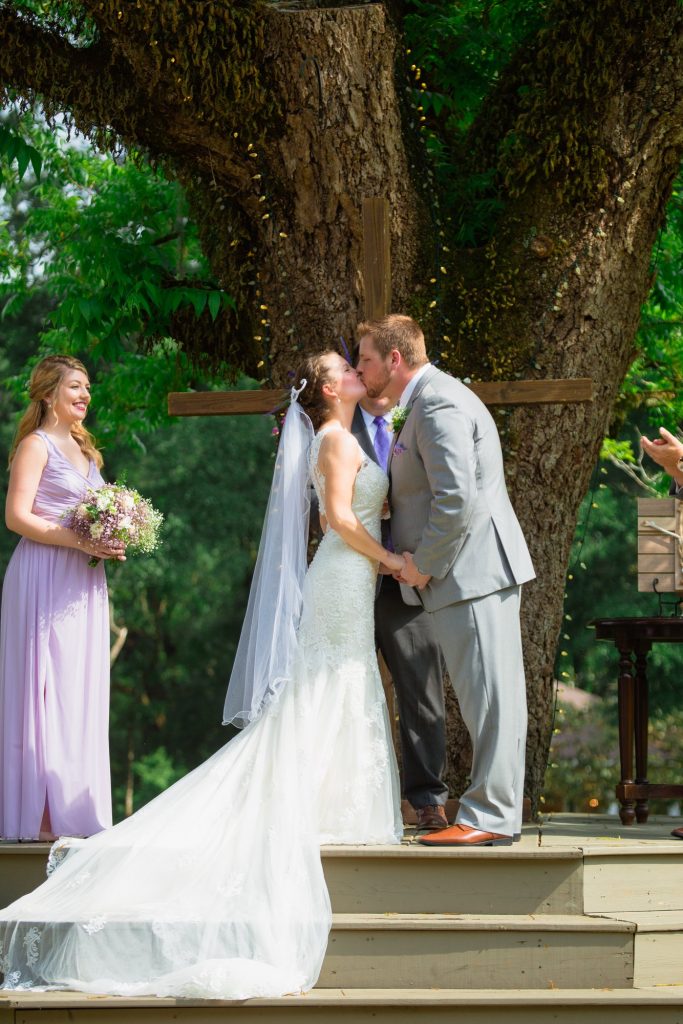 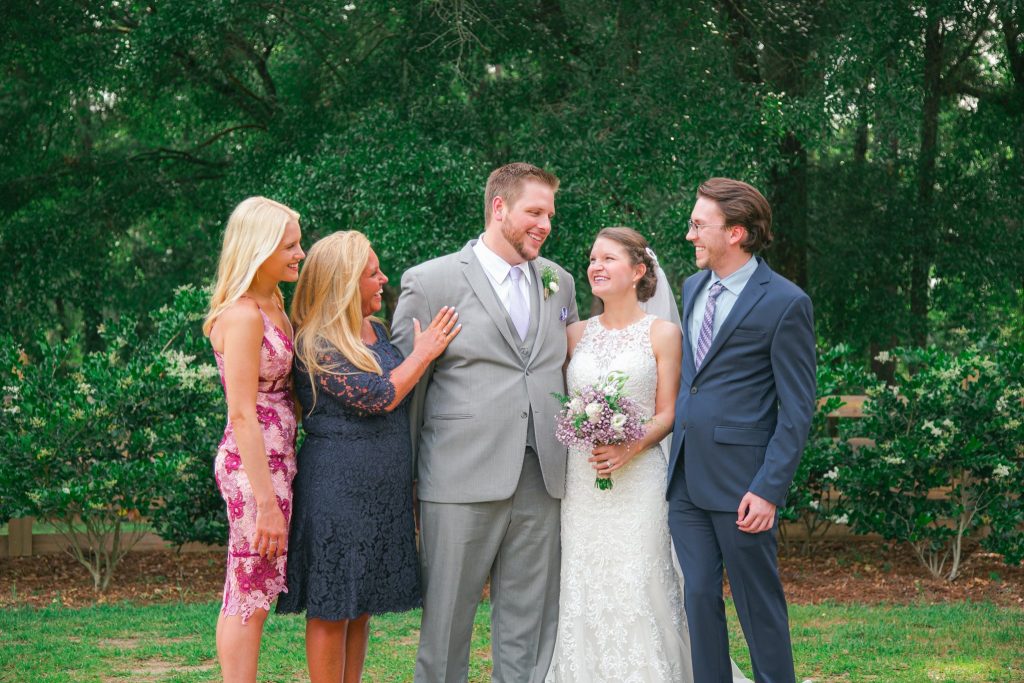 “But, a couple of weeks before the cruise, my mother and my now mother-in-law made it their personal mission to make sure I did NOT think Tyler was proposing on the cruise so that I would be surprised. It worked! Our first day on the cruise we had a day at sea and, that evening, Tyler proposed privately in our cabin. I tend to be introverted compared to his outgoing personality, so I had previously mentioned I didn’t want a lot of strangers watching such a special occasion.” 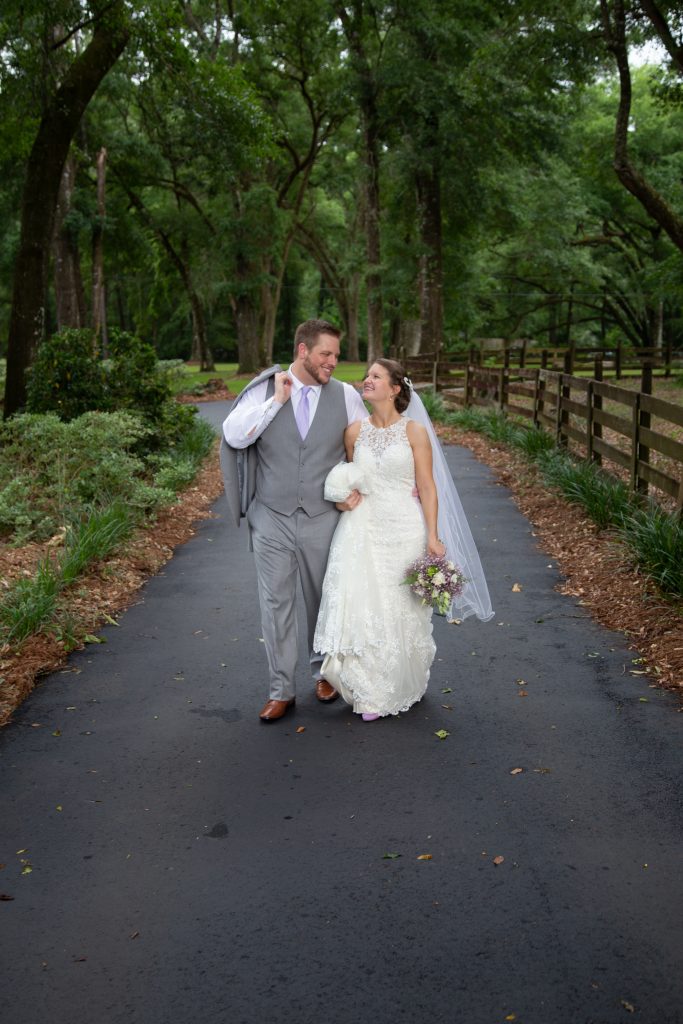 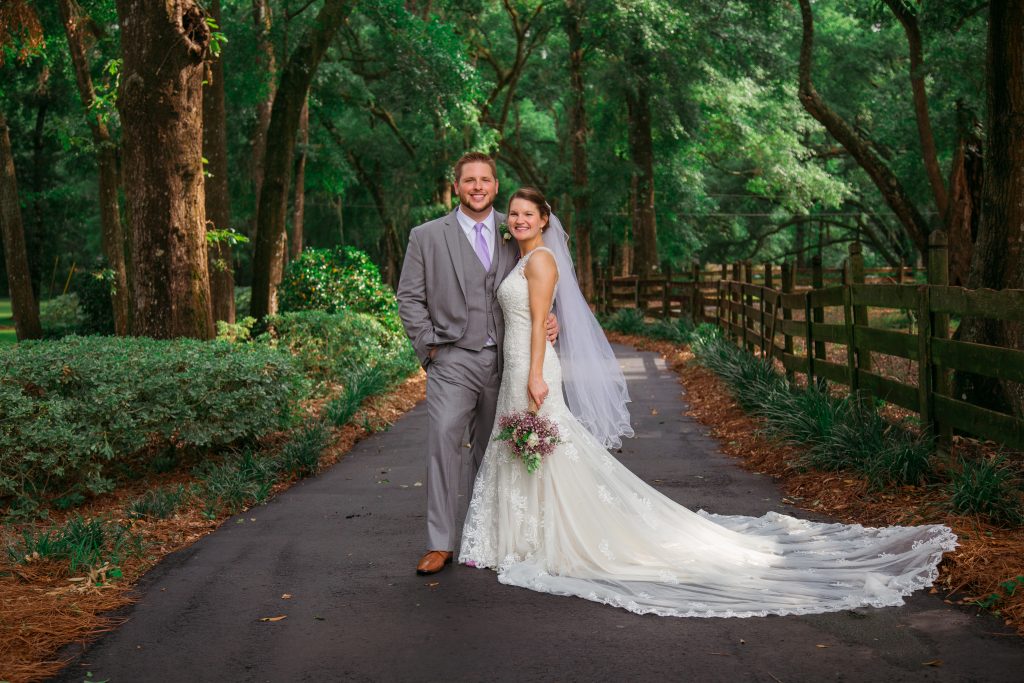 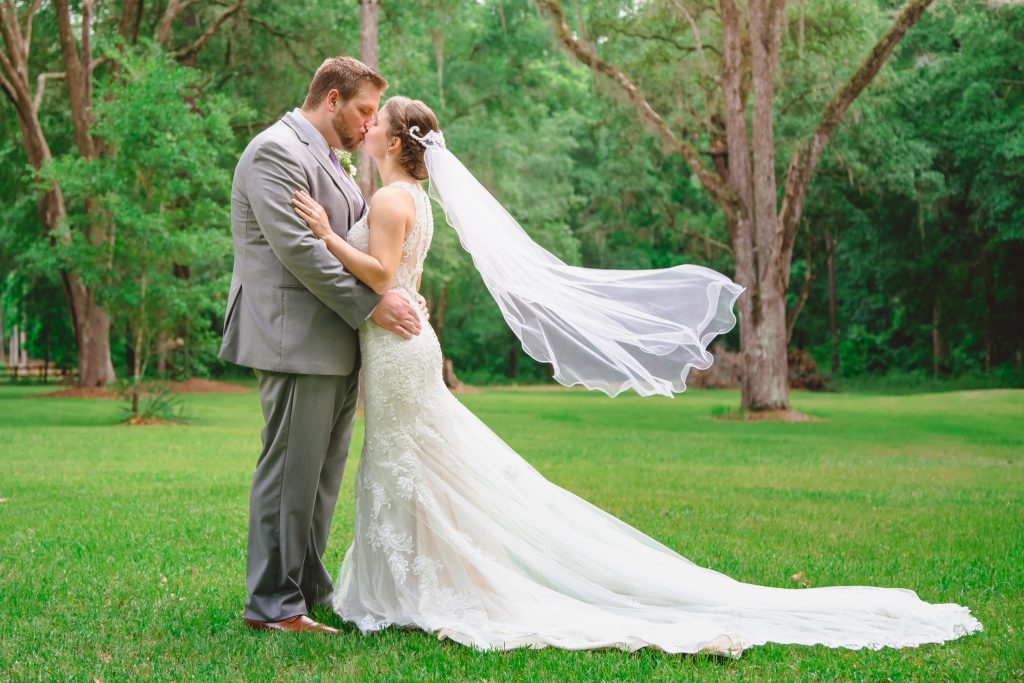 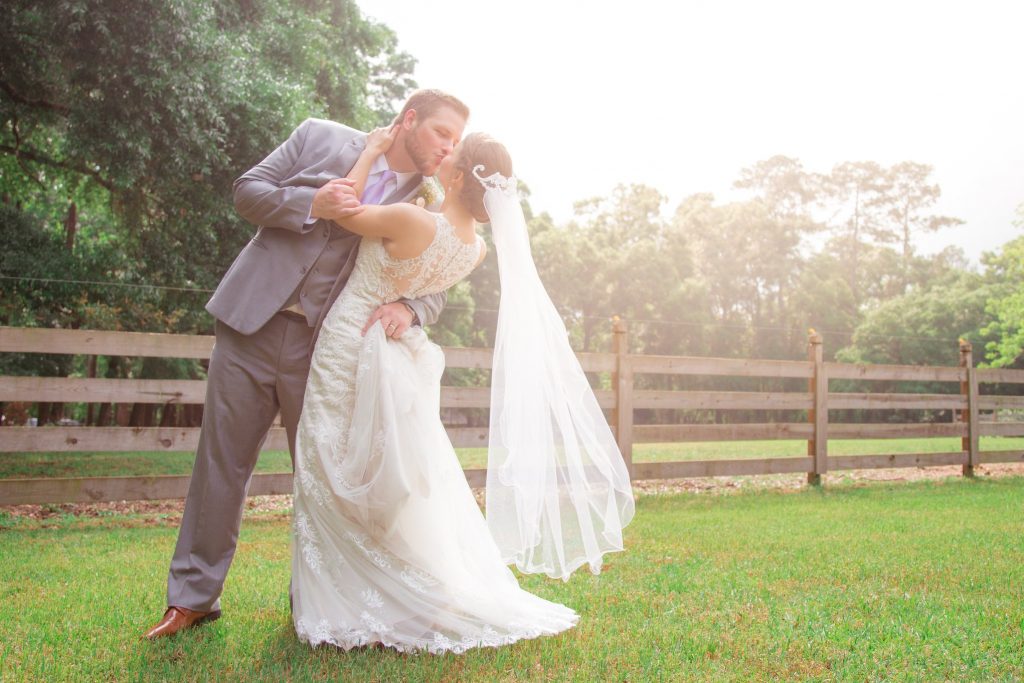 “However, the drawback was that I thought he was joking! For several months we had made it our little saying for Tyler to ask “will you marry me someday?” and I would say back “of course I will someday. I missed the fact that Tyler was actually down on one knee proposing and that he wasn’t just sharing our little saying with me. Once I saw the beautiful ring I realized it was NOT a joke and said yes! It was so nice to have the luxury of enjoying 3-days with no one else knowing we were engaged and got to celebrate quietly on the cruise.” 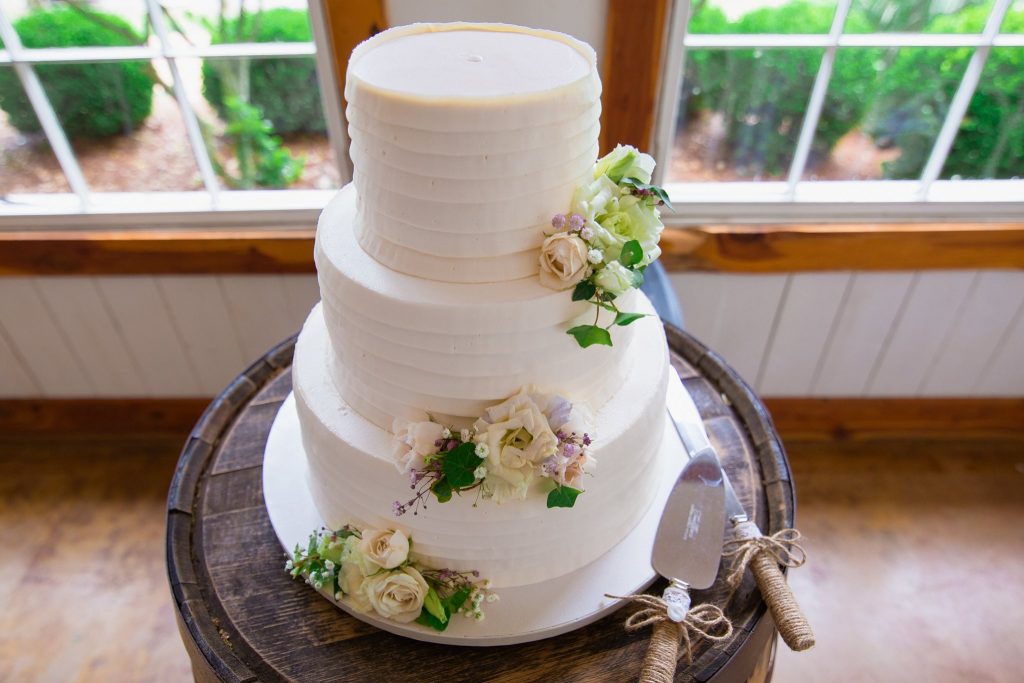 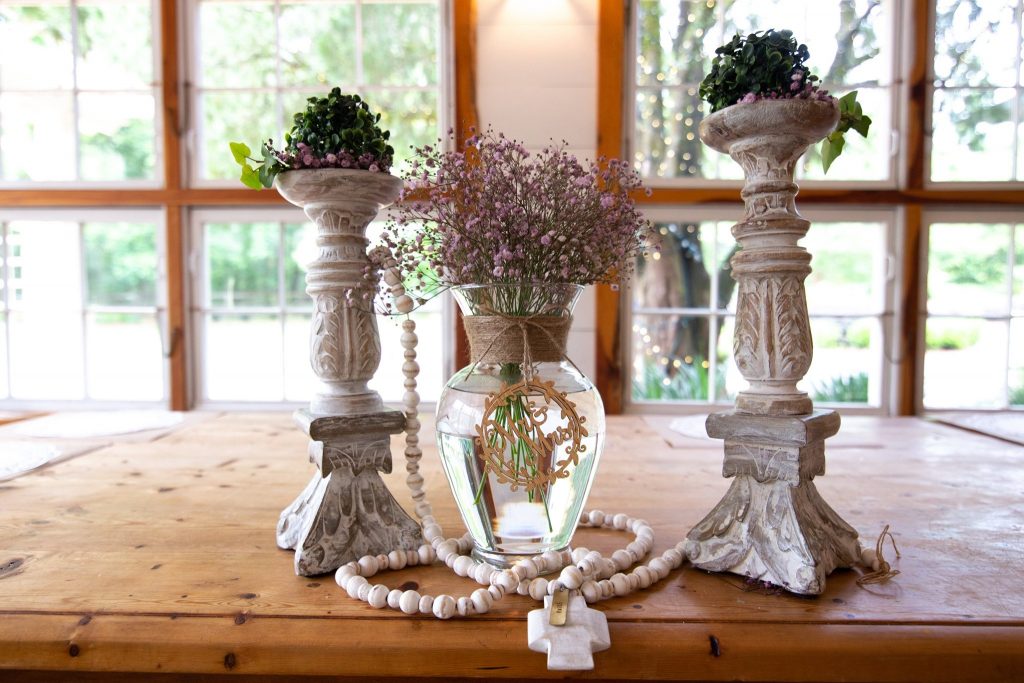 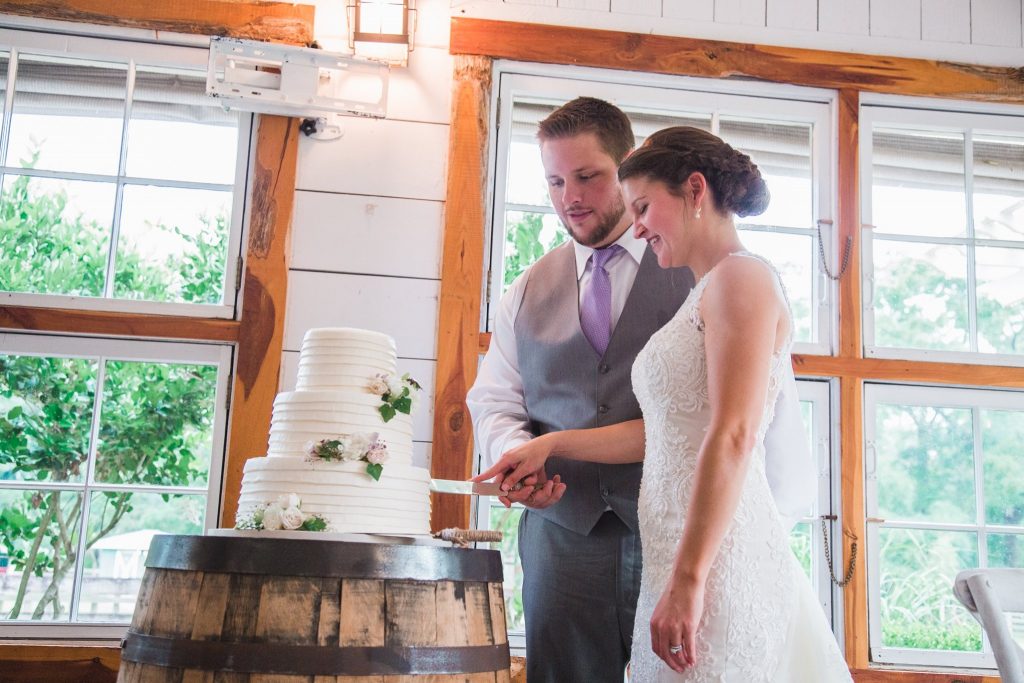 “Wedding planning was methodical and, in most ways, very simple. We had a timeline we followed and tackled each vendor one at a time. Despite hitting a couple of snags with hiring vendors, we made sure to take each issue one at a time to ensure everything encompassed us and our personalities! We kept things simple, just how we wanted our day to be.” 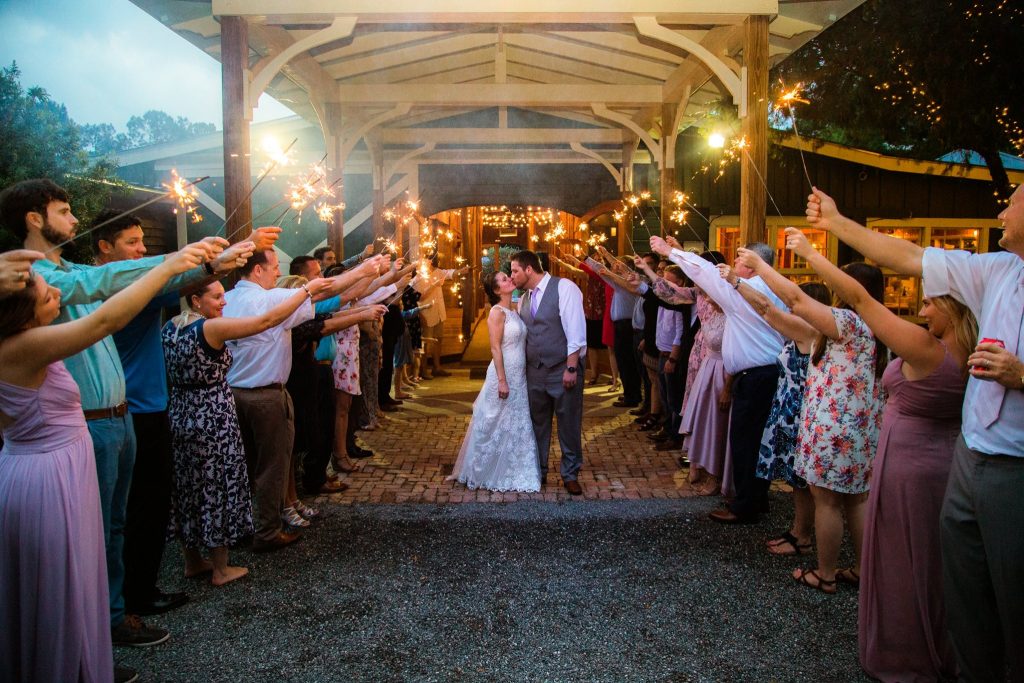 Her advice to brides? “Take each part of the process one day at a time. Things will fall in place despite snafus. And ask for help when you need it!”

Venue: The Space at Feather Oaks

Photos courtesy of the bride and Meredyth Hope Photography

We want to see Real Weddings. Do you or someone you know have a Northwest Florida wedding we would love? Submit here. 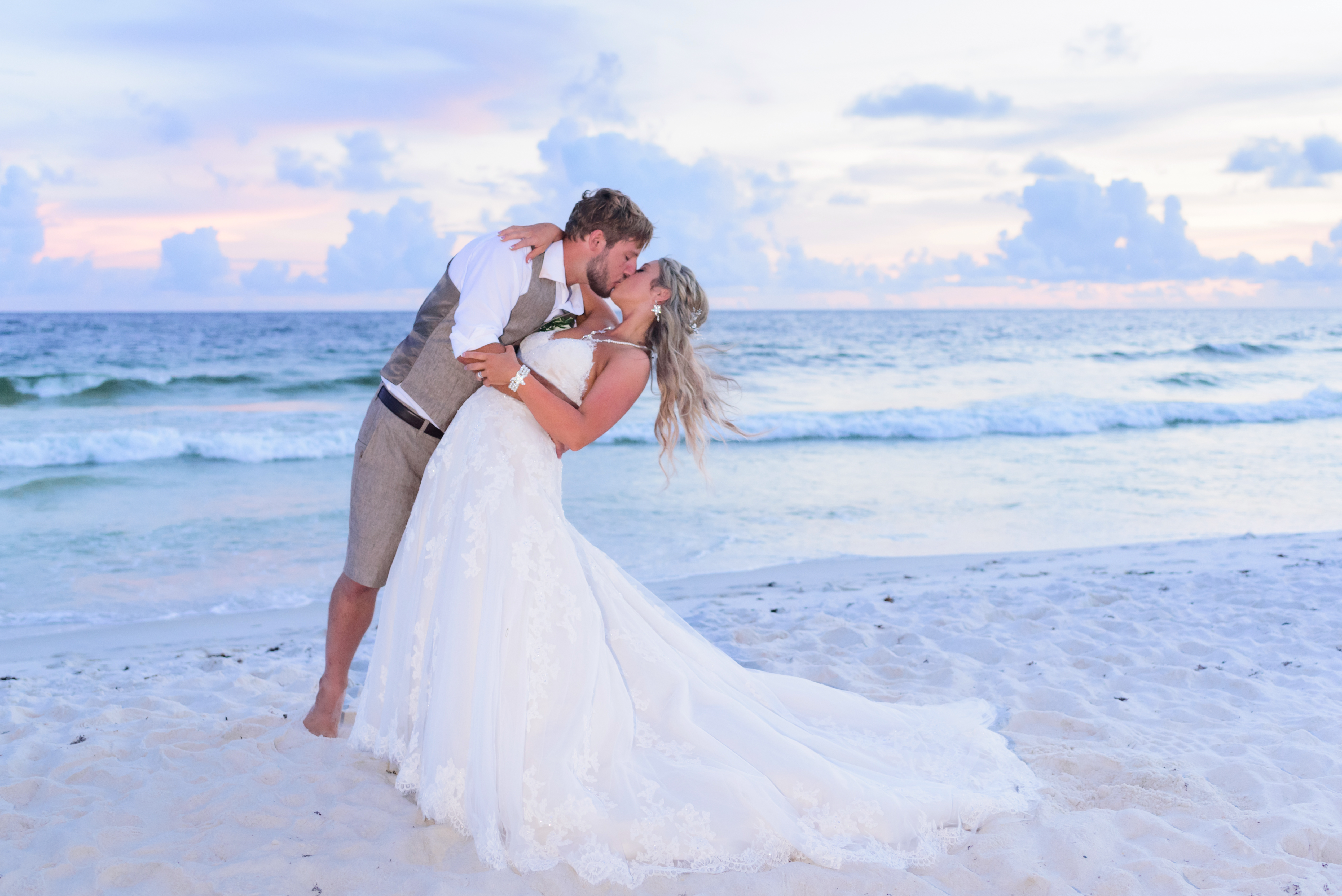 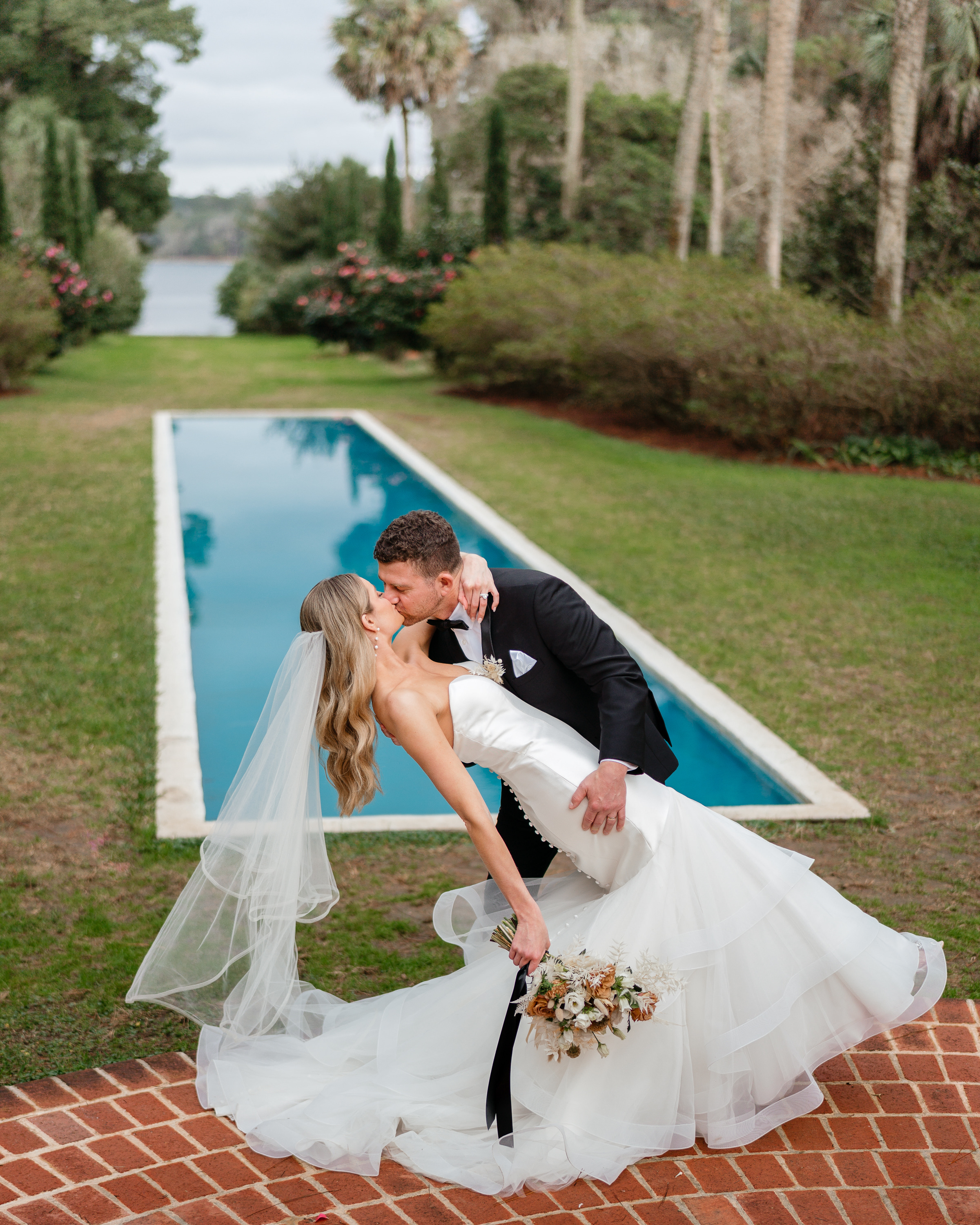 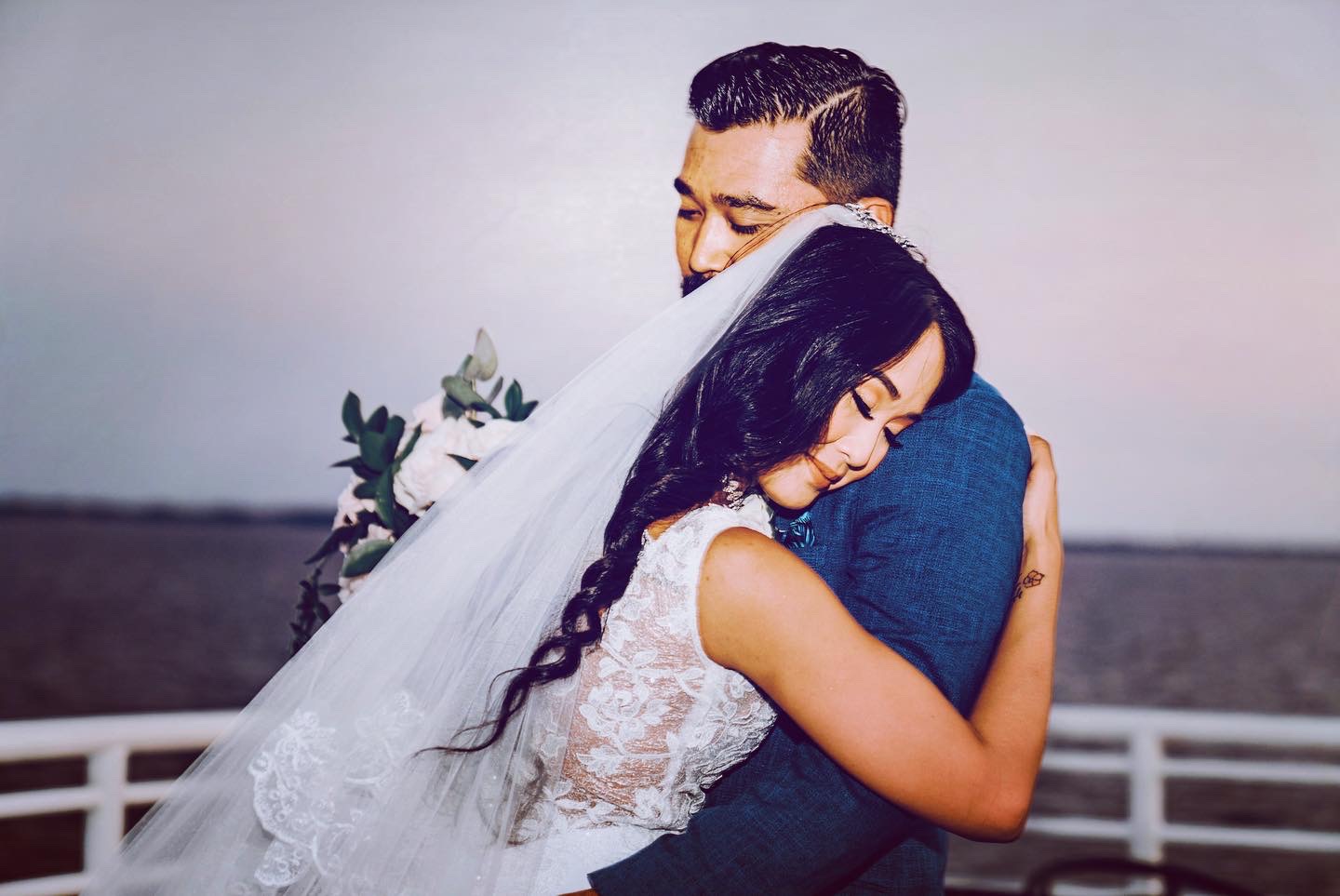